Ups! I did it again

Less caffeine in my body helped my hormones to work better, buy I'm not sure if this is good. I'm acting pretty much like a normal woman and that scared me! I don't want to know how much money I've spent on shopping

Ok I work harder, I have more than 1 work, I have no bills and I still have money on my bank account, paypal, etc. But guess what??? I just wasted money in something that I really don't need...

There you have, my last purchase 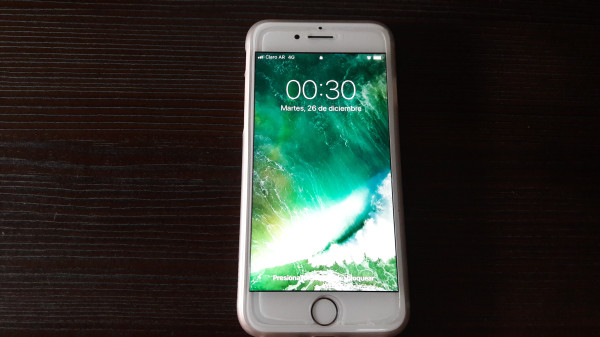 Last year mom went to Dubai and some other country, and everybody was buying iPhone so she did too. Wen she came back and she showed me the cellphone I told her "mom you did a big mistake".
1) It's very expensive cellphone in my country, doesn't matter if she paid it in its real price, here that cellphone cost at least 50% expensive than in USA so you need to be careful if you don't want someone steal it from you.
2) She is very distracted person and never remember where she let the things. She loses everything... one day she let her bag in a park and she didn't realized until hours after. A friend who saw it took her bag and got bored waiting for her to start looking for her bag.
3) She don't pay enought attention to understand how this kind of cellphone works.

I made my point and she was agree so she was going to sell it to someone else and earn some money from it. After few months I asked to her if she sold it and she could not even remember where the phone was

Last month she found the phone and told me she will sell it. I don't know if she offered it to someone really. She asked me if I want to buy it, she said it was an iPhone 6, 32gb but she was not sure because she throw the box when she bought it. To be honest I'm very happy with my Samsung Galaxy J7 with dual SIM which has an external card 128GB and works perfectly. Mom offered me the iPhone for the price she paid for it (or higher). For that price I could buy an iPhone 6 with 128gb in USA.
Since I didn't buy it she wanted to use the iPhone... good luck mom

Last week I messaged her asking if she was using it, she said she spent a whole day trying to figure out how it works and she could not understand, to add in a second message "get it for yourself"... ok mom i'll buy it.
This weekend she gave me the cellphone, she could not remember the ID code, the ID apple password or any other thing that she setted up in the phone

She bitched that the phone keeps asking to her to enter her password everywhere when she is not able to remember her own name. I was lucky that my niece saved all the passwords and secret questions in a notebook.
When I found the way to change her apple ID for another, I could not make an ID with my main email because as usual some retard person used my email to create an account. It's annoying that Apple with all the secure shit they use in their cellphones don't make you confirm your email account. There was no way for I could fix it, I could change the password of the apple ID account but it doesn't let me log in the cellphone because it says someone else is using the account in another iPhone. Fuck you Apple!

I took an icloud email adress and I created the apple ID with that email.
I played for a while with the phone to see how it works and I installed the apps I use. The camera is great but that is not 100% a good new because it means that if I take a selfie I'll look worse than before...

There you can see the difference between the camera of Samsung J7 and iPhone... I feel I am not going to take a pic of myself anymore lol 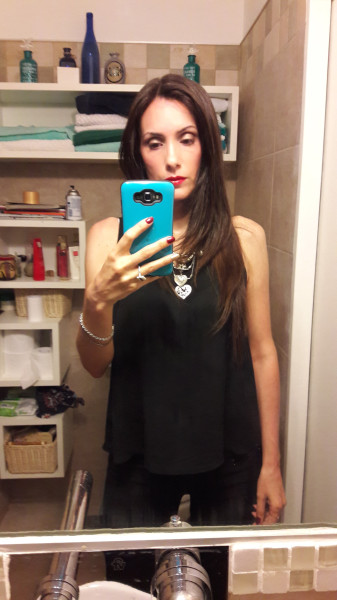 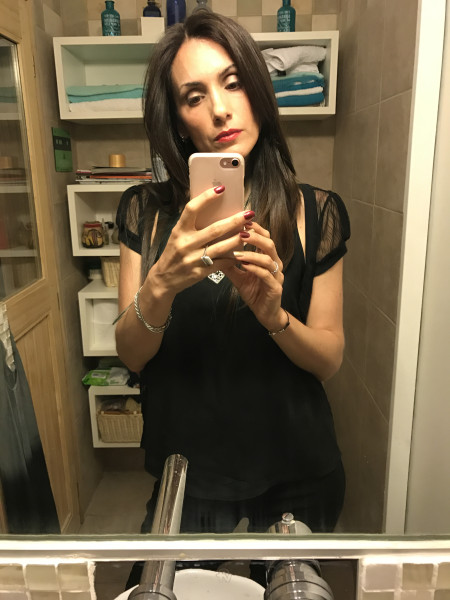