Today we woke up late... well not me, because someone started to call and made my phone sound nonstop, so I woke up 9am but I stayed in the bed a little more. It were like 4 different people calling me this morning, annoying. Since they didn't let me sleep again I got up and I had coffee and greek yogurt for breakfast, then I took a shower. I let Michael sleep untill 1 or 2 pm.

Since it was late to go to the beach, we did shopping. We went to  Toy Rust store, I got Minecraft Legos for Martina and some toys from Five Night at Freddy. Mike bought some toys too for her. After it we went to Target and I couldn't help... I bought 5 nailpolish, 4 eye brushes, another Eos lip balm coconut flavor and clothes for Martina.

some of the nailpolish, in love with this brand, a little expensive but cheaper than in my country 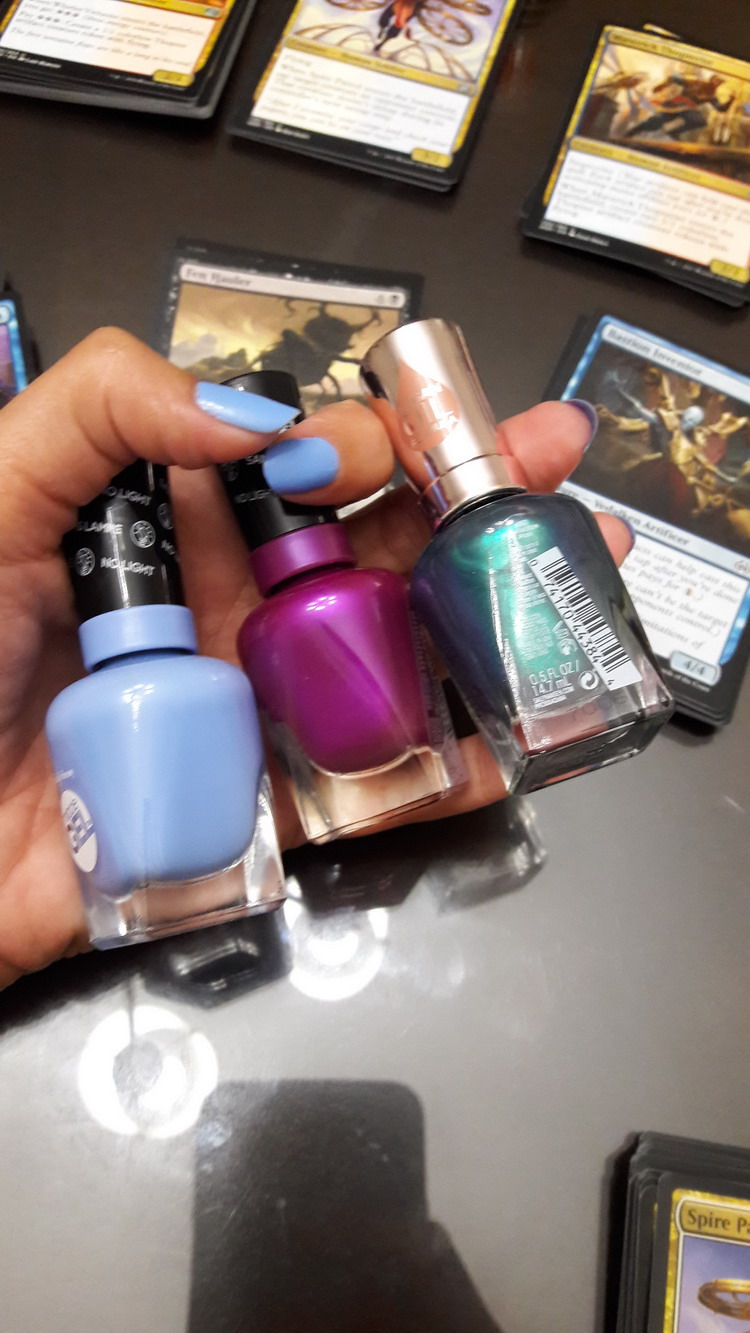 When we done at target we went to Khol's and we chose clothes for me. I was looking for some clothes for winter but Florida isn't a good place to get this kind of clothes, there is never so cold. Anyway I got some sweaters, shirts and also a Levi's jeans wich I love how good the fabric is and how it feels. I saved $130

When I was done doing shopping Mike drove to the game store... we ended with our 3rd box of Magic Cards!!! I told him... this is the last we will buy for now.

I wanted to try american pizza so on the way Mike ordered 2 pizzas: chesse with pineaple, and pepperoni with sausage. He always buys more food than we can eat but this time it was because if I don't like pineaple in the pizza I could eat the other.
We went to pick the order, walked into the store and realized that it was going too far.... Mike bough 2 extra super big pizzas! we started to laugh just thinking that there were pizza for feed 4-6 people and we were just two!!!! it was too late to change the order so we paid it and drove to the hotel. When we entered to the lift, other couple said to Mike : "you are so dangerous!" our pizza smelled soooooo good 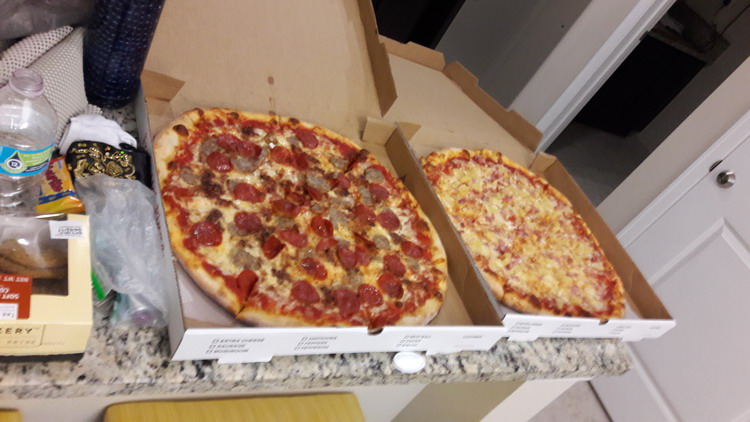 It was delicious. We ate on the balcony while we playing cards. My deck is almost done, Mike is playing his decks but I still playing blessed and cursed decks.
Collapse